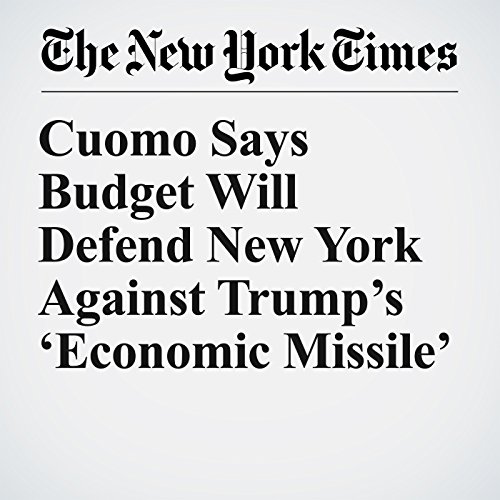 Gov. Andrew M. Cuomo on Tuesday unveiled a $168 billion spending plan that he said held echoes of the darkest days of the recession, necessitating a raft of ideas to raise revenue and counter the effect of a new federal tax plan that he warned could devastate some taxpayers.

"Cuomo Says Budget Will Defend New York Against Trump’s ‘Economic Missile’" is from the January 16, 2018 U.S. section of The New York Times. It was written by Jesse McKinley and Vivian Wang and narrated by Keith Sellon-Wright.