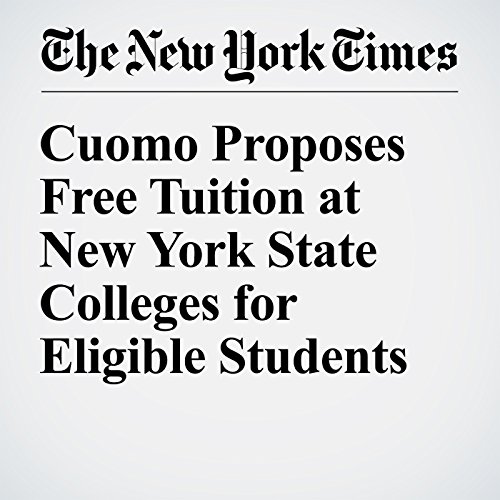 "Cuomo Proposes Free Tuition at New York State Colleges for Eligible Students" is from the January 03, 2017 US section of The New York Times. It was written by Jesse Mckinley and narrated by Fleet Cooper.