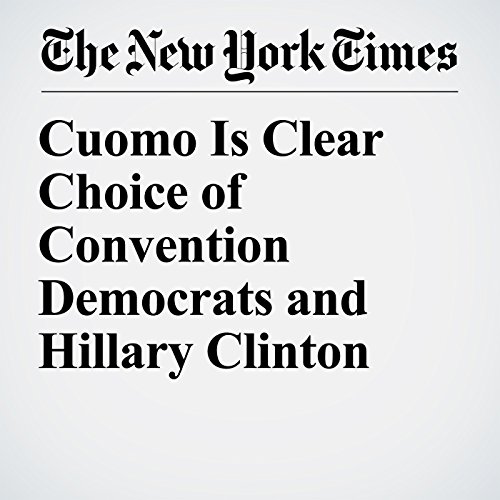 HEMPSTEAD, N.Y. — With the might of incumbency and New York state’s Democratic machine at his back, Gov. Andrew Cuomo cruised to the nomination for a third term on Wednesday, as Hillary Clinton and other powerful friends praised his administration as a model for the state and, perhaps, the nation.

"Cuomo Is Clear Choice of Convention Democrats and Hillary Clinton" is from the May 24, 2018 U.S. section of The New York Times. It was written by Jesse Mckinley and Shane Goldmacher and narrated by Keith Sellon-Wright.