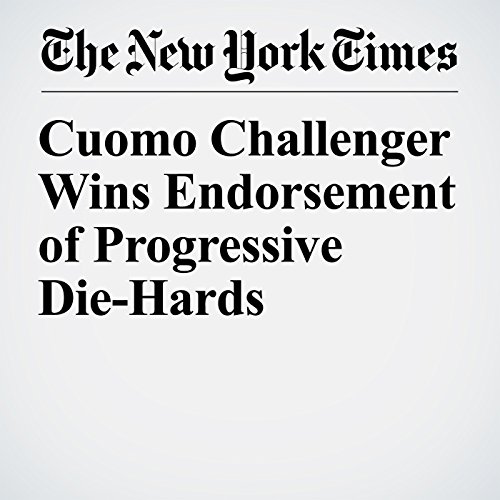 ALBANY, N.Y. — After days of political hardball by her incumbent rival, Cynthia Nixon received the hearty endorsement of some of New York’s most progressive voters Saturday, as the Working Families Party threw its support behind her insurgent, and uphill, primary challenge to Gov. Andrew Cuomo.

"Cuomo Challenger Wins Endorsement of Progressive Die-Hards" is from the April 14, 2018 U.S. section of The New York Times. It was written by Jesse McKinley and narrated by Kristi Burns.