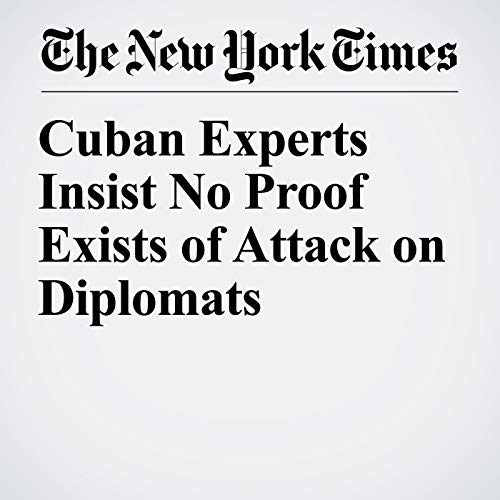 Cuban Experts Insist No Proof Exists of Attack on Diplomats

Some of Cuba’s top scientists and medical specialists on Thursday denounced claims that two dozen American diplomats in Havana had been the targets of mysterious attacks over the last two years.

"Cuban Experts Insist No Proof Exists of Attack on Diplomats" is from the September 13, 2018 World section of The New York Times. It was written by Gardiner Harris and narrated by Barbara Benjamin-Creel.