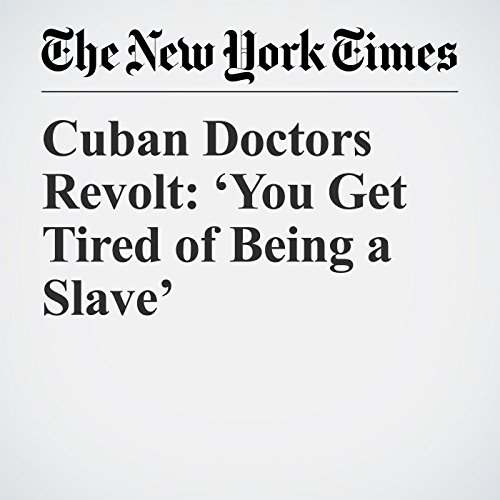 In a rare act of collective defiance, scores of Cuban doctors working overseas to make money for their families and their country are suing to break ranks with the Cuban government, demanding to be released from what one judge called a “form of slave labor.”

"Cuban Doctors Revolt: ‘You Get Tired of Being a Slave’" is from the September 28, 2017 World section of The New York Times. It was written by Ernesto Londoño and narrated by Barbara Benjamin-Creel.

Cosa pensano gli ascoltatori di Cuban Doctors Revolt: ‘You Get Tired of Being a Slave’