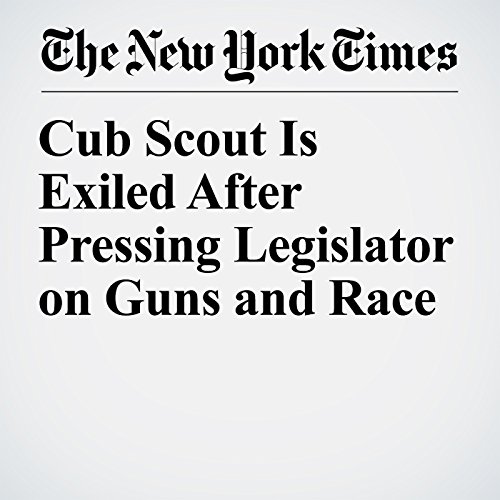 When a group of Cub Scouts met with a Colorado state senator this month, they asked her about some of the most controversial topics in the nation: gun control, the environment, race and the proposed border wall between the United States and Mexico.But questions from one Cub Scout, Ames Mayfield, 11, got him kicked out of his den in Broomfield, Colorado.

"Cub Scout Is Exiled After Pressing Legislator on Guns and Race" is from the October 22, 2017 U.S. section of The New York Times. It was written by Christine Hauser and narrated by Kristi Burns.