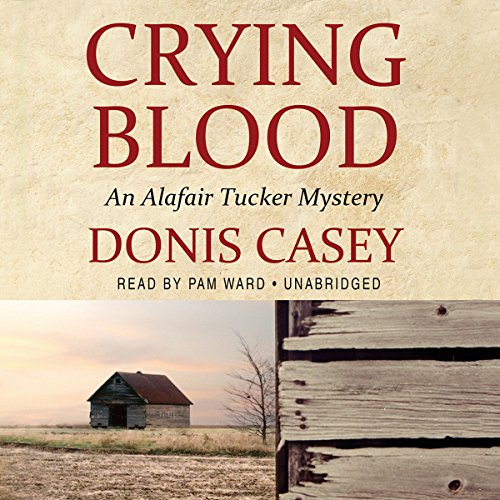 In the autumn of 1915, Shaw Tucker, his brother, James, and their sons, go on a hunting trip to the derelict farm his stepfather had bought years before.

Instead of a quail, Shaw’s dog, Buttercup, retrieves an old boot with the bones of a foot inside. Buttercup then leads the men to a shallow grave and a skeleton with a bullet hole in the skull.

After they are settled that night in their tents, Shaw awakens to see a pair of moccasin-clad legs strolling by his tent flap. He chases the intruder, who has disappeared so completely that Shaw wonders if he imagined seeing anyone. Had he also imagined the ghostly voice that called his name?

After he returns home, Shaw can’t shake the memory of the disembodied legs and the ghostly voice. His concern is justified when he realizes that someone—or something—has followed him home. His dread turns to relief when he captures a young Creek Indian boy who says his name is Crying Blood. The boy had followed Shaw, hoping to find the white-haired man who killed his brother. Shaw ties up the boy in the barn, but during the few minutes he is left alone, someone thrusts a spear through Crying Blood’s heart.

Who murdered the boy right under Shaw’s nose? The law is on the killer’s trail, but Shaw Tucker has a hunch about the identity of the white-haired man who called his name, and he formulates a plan. Shaw’s wife, Alafair, is the only one who might be able to forestall his dangerous plan. So when the opportunity arises, Shaw sends her on a wild goose chase. As soon as she is out of the way, he sets out to confront the killer. Sometimes a man has to take matters into his own hands....

This is the fifth book in the historic mystery series set in early 1900s rural Oklahoma. The stories are carefully researched have a strong feeling of authenticity. When you listen to Donis Casey's writing it is like stepping back in time to a different way of life. I love hearing about these huge hardworking happy farm families.

Pam Ward's narration was excellent as always. Her timing and tone of voice captured the action and the feel of the era depicted. She sounds just the way I picture Alafair--such a happy thing when this happens with an audio recording.

This installment in the series was set in the abundance of the fall farm harvest season. It had enough ghosty spookiness to keep the book well grounded in the mystery genre. Perfect for a Halloween/late fall listen. Recommended if you enjoy historic mysteries set in America on the cozy end of the sliding scale.