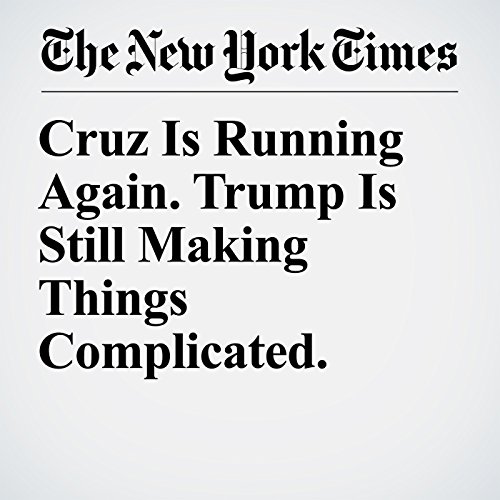 Sen. Ted Cruz had an idea: legislation to keep immigrant families together at the border — stanching a political crisis created by President Donald Trump — while also adding judges to speed up asylum requests.

"Cruz Is Running Again. Trump Is Still Making Things Complicated." is from the June 21, 2018 U.S. section of The New York Times. It was written by Matt Flegenheimer and narrated by Keith Sellon-Wright.