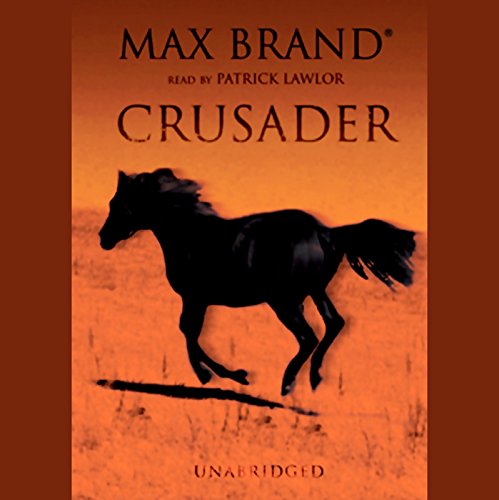 Harry Camden came out of the wilderness unwillingly. It was a girl who attracted him. But Sparrow Roberts, a fight manager, used this romantic lure only to attract Harry into his own sphere, because he knew that Camden had a truly devastating punch.

Yet, fighting wasn't what Harry really wanted, nor was he fascinated by any of the blandishments of civilization. He did not want to be a champion boxer and drifted into a life of drunkenness and crime, culminating in the theft of the great stallion, Crusader, a horse that no one but Camden could ride.

Crusader is an imperishable story of adventure, conflict, and human achievement, a thrilling narrative of a legend of the American West in the making.