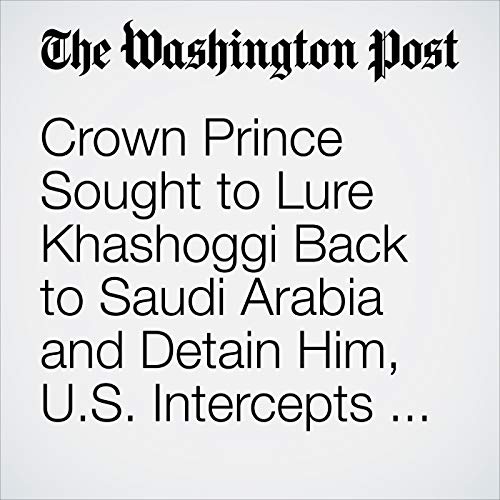 The crown prince of Saudi Arabia, Mohammed bin Salman, ordered an operation to lure Washington Post columnist Jamal Khashoggi back to Saudi Arabia from his home in Virginia and then detain him, according to U.S. intelligence intercepts of Saudi officials discussing the plan.

"Crown Prince Sought to Lure Khashoggi Back to Saudi Arabia and Detain Him, U.S. Intercepts Show" is from the October 10, 2018 National section of The Washington Post. It was written by Shane Harris and narrated by Sam Scholl.