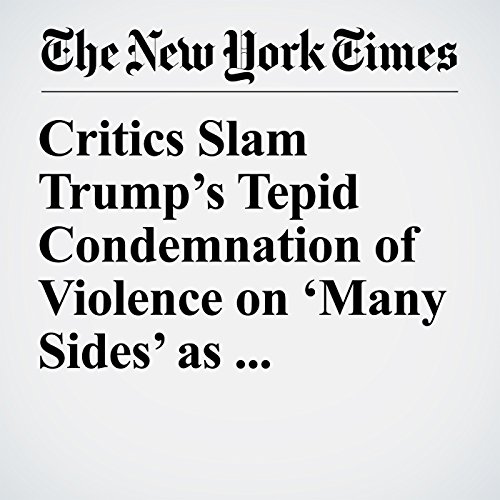 After days of genially bombastic interactions with the news media on North Korea and the shortcomings of congressional Republicans, Trump on Saturday condemned the bloody protests in Charlottesville, Virginia, in what critics in both parties saw as muted, equivocal terms.

"Critics Slam Trump’s Tepid Condemnation of Violence on ‘Many Sides’ as Insufficient" is from the August 12, 2017 Politics section of The New York Times. It was written by Glenn Thrush and Maggie Haberman and narrated by Keith Sellon-Wright.