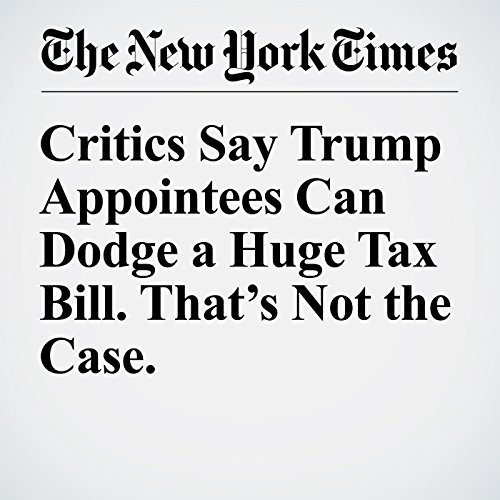 You’re going to be hearing a lot about this “loophole” over the next couple of weeks, if you haven’t already, as Trump’s nominees — many of them billionaires with huge holdings that they will most likely have to sell — get grilled in hearings and their financial disclosure forms become public.

"Critics Say Trump Appointees Can Dodge a Huge Tax Bill. That’s Not the Case." is from the January 09, 2017 Business section of The New York Times. It was written by Andrew Ross Sorkin and narrated by Keith Sellon-Wright.