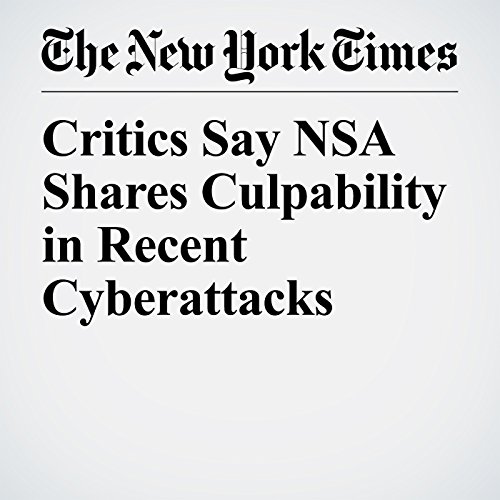 Twice in the past month, National Security Agency cyberweapons stolen from its arsenal have been turned against two very different partners of the United States — Britain and Ukraine.

"Critics Say NSA Shares Culpability in Recent Cyberattacks" is from the June 28, 2017 World section of The New York Times. It was written by Nicole Perlroth and David E. Sanger and narrated by Keith Sellon-Wright.