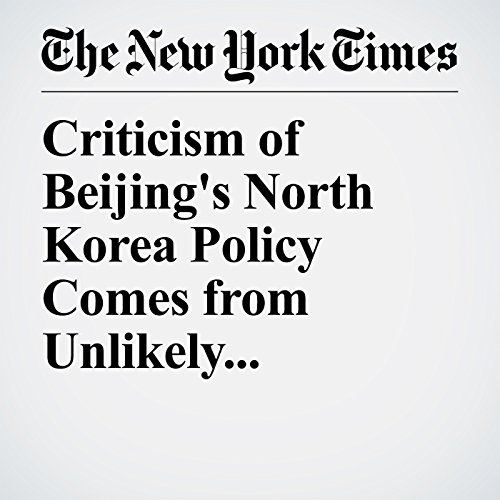 When China’s best-known historian of the Korean War, Shen Zhihua, recently laid out his views on North Korea, astonishment rippled through the audience. China, he said with a bluntness that is rare here, had fundamentally botched its policy on the divided Korean Peninsula.

"Criticism of Beijing's North Korea Policy Comes from Unlikely Place: China" is from the April 18, 2017 World section of The New York Times. It was written by Chris Buckley and narrated by Kristi Burns.