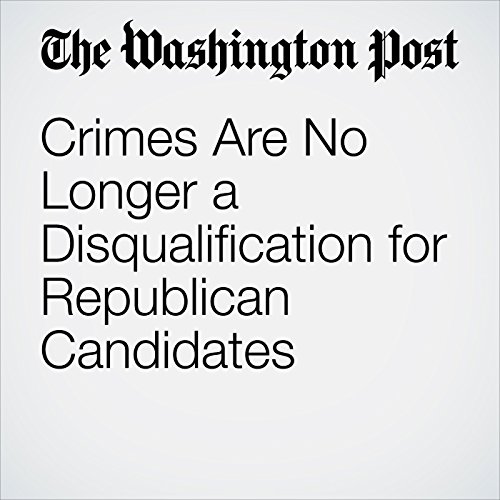 Former New York congressman Michael Grimm is a felon who has admitted to hiring undocumented workers, hiding $900,000 from tax authorities and making false statements under oath. To hear him tell it, that’s a reason Staten Island Republicans should vote him back into office.

"Crimes Are No Longer a Disqualification for Republican Candidates" is from the May 01, 2018 Politics section of The Washington Post. It was written by Michael Scherer and narrated by Sam Scholl.