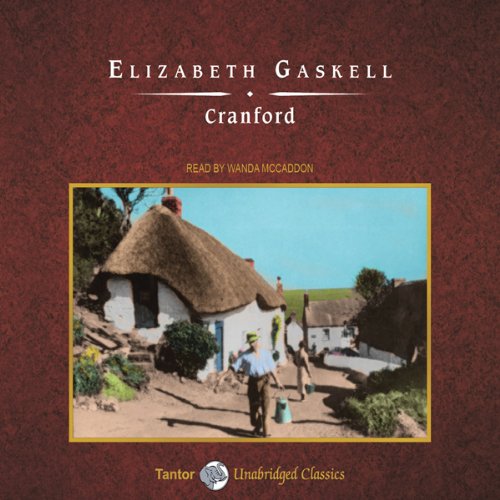 Cranford, Elizabeth Gaskell's best-known work, is a humorous account of a nineteenth-century English village dominated by a group of genteel but modestly circumstanced women. This is a community that runs on cooperation and gossip, at the very heart of which are the daughters of the former rector: Miss Deborah Jenkyns and her sister, Miss Matty. But domestic peace is constantly threatened in the form of financial disaster, imagined burglaries, tragic accidents, and the reappearance of long-lost relatives.

By eschewing the conventional marriage plot with its nubile heroines and focusing instead on a group of middle-aged and elderly spinsters, Gaskell does something highly unusual within the novel genre. Through her masterful management of the novel's tone, she underscores the value and dignity of single women's lives even as she causes us to laugh at her characters' foibles. Charles Dickens was the first of many readers to extol its wit and charm, and it has consistently been Gaskell's most popular work.

I was in a hurry to get into this book as I was in a deadline for bookgroup... if I'd understood it was originally written as vignettes for a serial column in a magazine I might not have been as confused. Having now discussed it, I will enjoy it much more the second time ;)

when you've run out of Austen

Mrs Gaskell will keep you going until it's time to reread. Charming, funny, tragic. Terrific narrator.