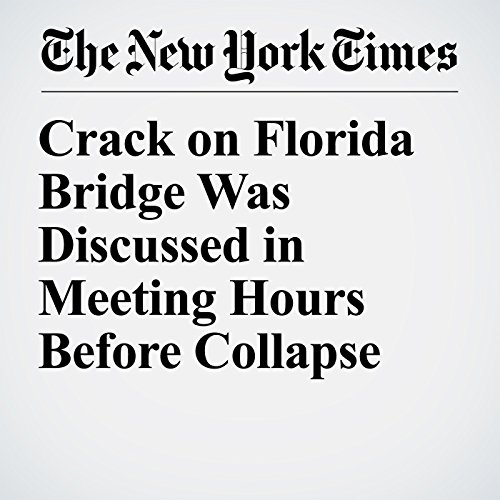 MIAMI — Hours before the collapse of a pedestrian bridge at Florida International University on Thursday, the engineering company for the bridge held a meeting to discuss a crack on the structure, according to a statement from the university released early Saturday.

"Crack on Florida Bridge Was Discussed in Meeting Hours Before Collapse" is from the March 17, 2018 U.S. section of The New York Times. It was written by Nick Madigan, Patricia Mazzei and Christina Caron and narrated by Keith Sellon-Wright.