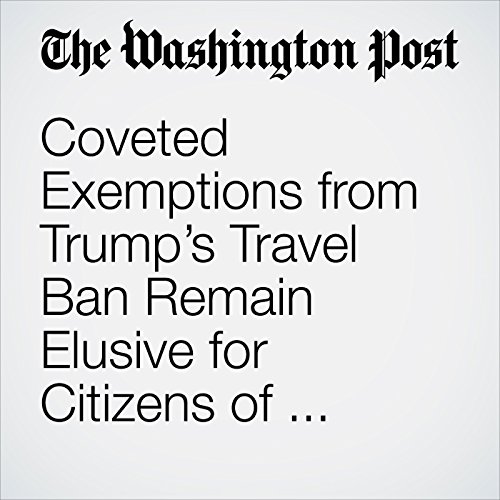 President Trump’s travel ban prevented Mohammed Al-Awadhi’s Yemeni wife from joining him in Arkansas, but he was certain she would qualify for a waiver: She has a serious heart condition, she’s married to a law-abiding U.S. citizen and the rejection of her visa would tear apart their marriage and leave her in a nation ravaged by war and famine.

"Coveted Exemptions from Trump’s Travel Ban Remain Elusive for Citizens of Muslim-Majority Countries" is from the May 22, 2018 National section of The Washington Post. It was written by Abigail Hauslohner and narrated by Sam Scholl.