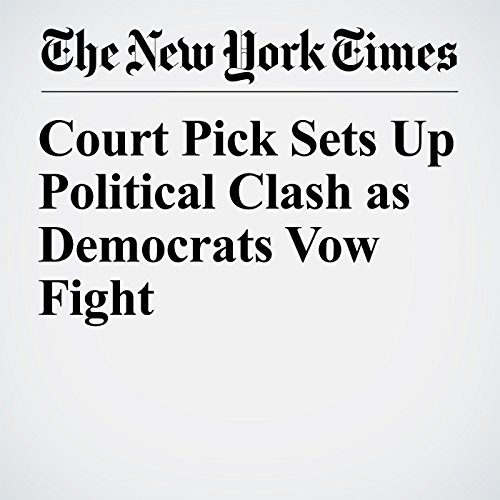 President Donald Trump on Tuesday nominated Judge Neil M. Gorsuch to the Supreme Court, elevating a conservative in the mold of Justice Antonin Scalia to succeed the late jurist and touching off a brutal, partisan showdown at the start of his presidency over the ideological bent of the nation’s highest court.

"Court Pick Sets Up Political Clash as Democrats Vow Fight" is from the February 01, 2017 U.S. section of The New York Times. It was written by Julie Hirschfeld Davis and Mark Landler and narrated by Caroline Miller.