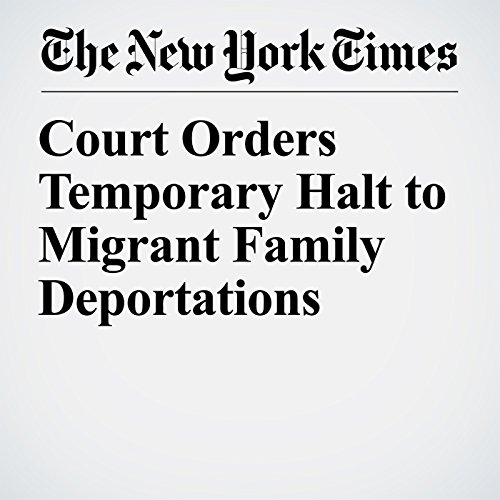 Among the first migrant parents to recover their children after they were taken by immigration authorities at the southwest border were 12 Guatemalans who disembarked jubilantly from a plane last week back in their home country. Immediately, though, there were questions: Had the families given up their right to pursue an asylum claim as the price for recovering their children?

"Court Orders Temporary Halt to Migrant Family Deportations" is from the July 17, 2018 U.S. section of The New York Times. It was written by Caitlin Dickerson and narrated by Kristi Burns.