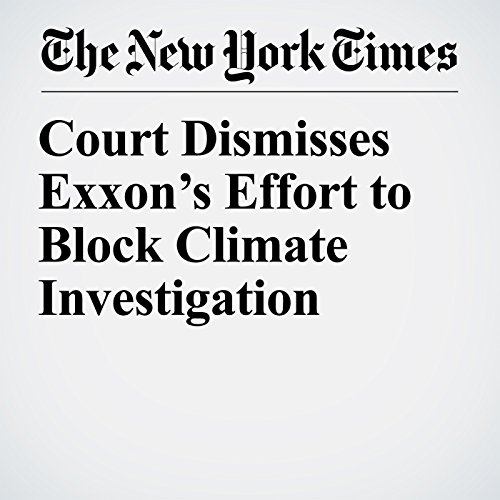 A federal judge has dismissed a case brought by Exxon Mobil against the attorneys general of New York and Massachusetts that might have blocked investigations into Exxon’s research and public statements about climate change.

"Court Dismisses Exxon’s Effort to Block Climate Investigation" is from the March 29, 2018 U.S. section of The New York Times. It was written by John Schwartz and narrated by Fleet Cooper.