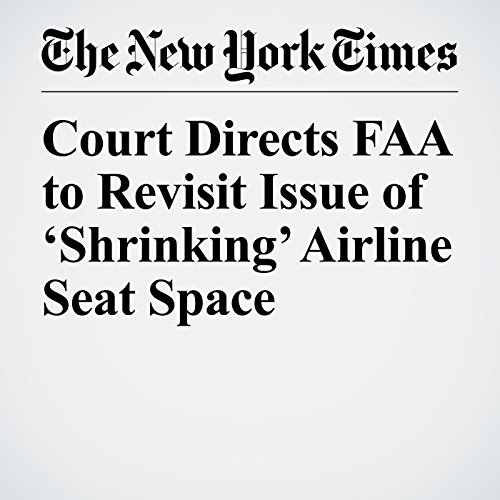 The Federal Aviation Administration can no longer ignore what a federal judge called “the Case of the Incredible Shrinking Airline Seat."

"Court Directs FAA to Revisit Issue of ‘Shrinking’ Airline Seat Space" is from the July 31, 2017 Business section of The New York Times. It was written by Jonah Engel Bromwich and narrated by Barbara Benjamin-Creel.