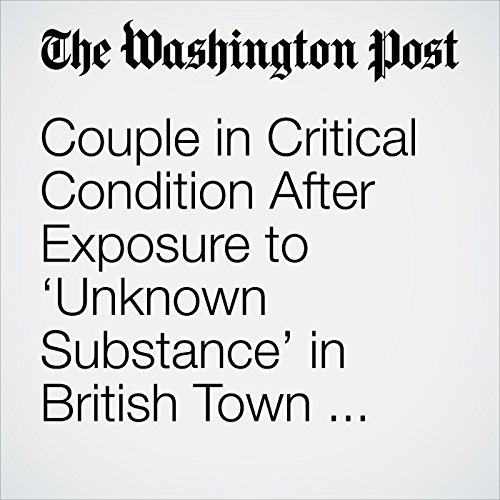 LONDON — British police declared a “major incident” early Wednesday after a man and woman in their 40s were believed to have been exposed to an “unknown substance” near the historic town of Salisbury in south England.

"Couple in Critical Condition After Exposure to ‘Unknown Substance’ in British Town Where Russian Spy Poisoned" is from the July 04, 2018 World section of The Washington Post. It was written by William Booth and narrated by Sam Scholl.