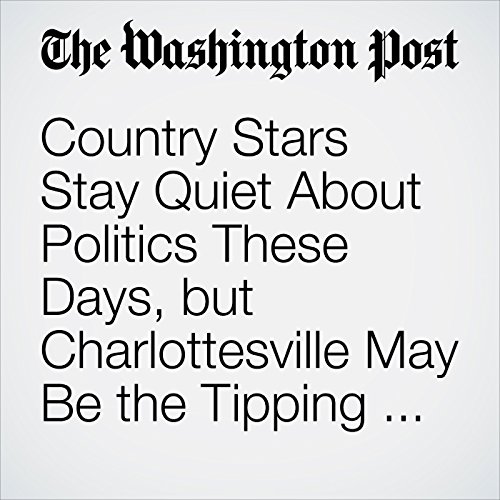 Nashville’s stars, part of the most conservative-leaning musical genre, have had little to say about President Trump and the polarizing Republican administration, or current events. Performers such as Toby Keith sang at inauguration but insisted it was about patriotism, not party lines. Singer Dylan Scott summed up a common point of view in an interview earlier this year: “Everyone’s got an opinion. And as soon as you give your opinion, somebody’s going to hate your opinion and not buy your music.”

"Country Stars Stay Quiet About Politics These Days, but Charlottesville May Be the Tipping Point" is from the August 17, 2017 Arts and Entertainment section of The Washington Post. It was written by Emily Yahr and narrated by Jenny Hoops.

Cosa pensano gli ascoltatori di Country Stars Stay Quiet About Politics These Days, but Charlottesville May Be the Tipping Point