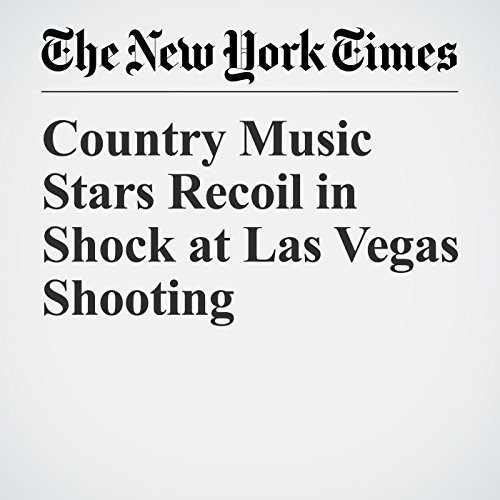 Country music artists and other performers expressed words of sympathy as well as frustration over gun violence on Monday as they mourned the mass shooting at a Las Vegas concert. One guitarist who played there said that the killings had changed his views on gun laws.

"Country Music Stars Recoil in Shock at Las Vegas Shooting" is from the October 03, 2017 U.S. section of The New York Times. It was written by Niraj Chokshi and Joe Coscarelli and narrated by Keith Sellon-Wright.