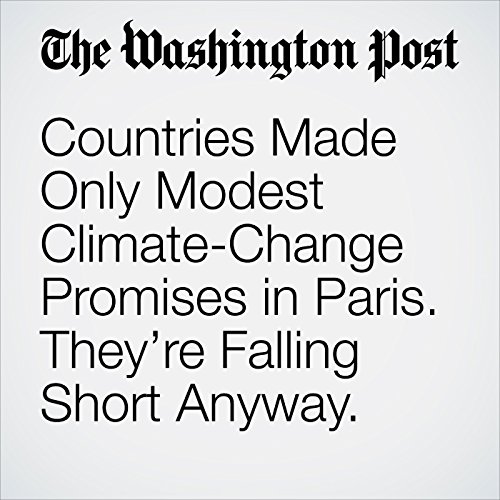 Barely two years ago, after weeks of intense bargaining in Paris, leaders from 195 countries announced a global agreement that once had seemed impossible. For the first time, the nations of the world would band together to reduce humanity’s reliance on fossil fuels in an effort to hold off the most devastating effects of climate change.

"Countries Made Only Modest Climate-Change Promises in Paris. They’re Falling Short Anyway." is from the February 19, 2018 National section of The Washington Post. It was written by Brady Dennis, Chris Mooney and narrated by Sam Scholl.