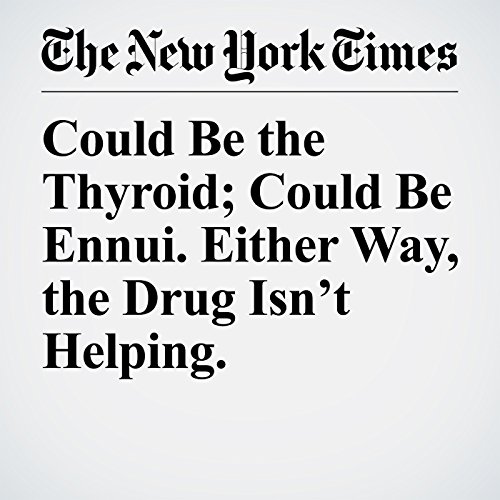 With 121 million prescriptions annually, levothyroxine outpaced statins, blood pressure meds — and everything else. A Johns Hopkins survey published last year found that more than 15 percent of older Americans were taking it.

"Could Be the Thyroid; Could Be Ennui. Either Way, the Drug Isn’t Helping." is from the April 24, 2017 Science section of The New York Times. It was written by Paula Span and narrated by Keith Sellon-Wright.