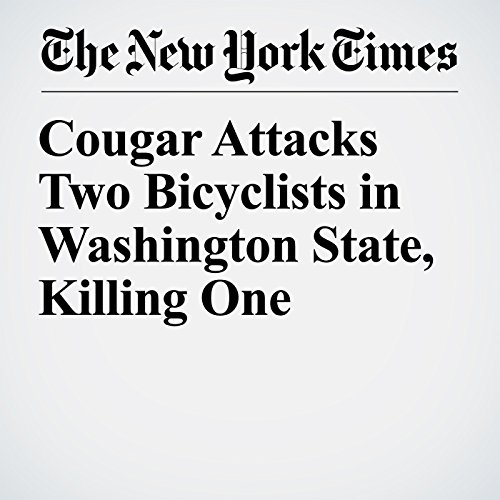 Two friends riding their bikes in a mountainous, wooded area of Washington state on Saturday morning were attacked by a cougar, which killed one of them in the state’s first such fatality in more than 90 years, officials said.

"Cougar Attacks Two Bicyclists in Washington State, Killing One" is from the May 20, 2018 U.S. section of The New York Times. It was written by Matt Stevens and narrated by Keith Sellon-Wright.