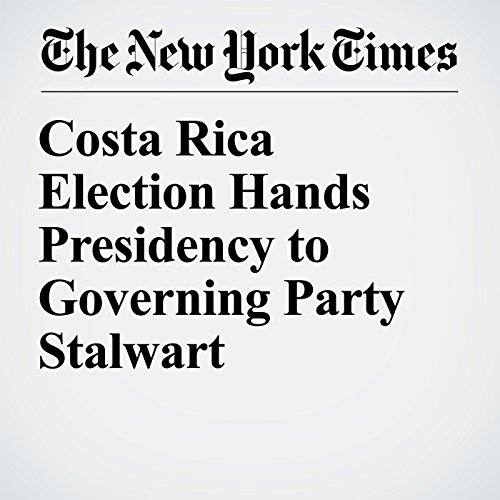 MEXICO CITY — A former labor minister and novelist from the governing party was decisively elected president of Costa Rica in a runoff Sunday, holding off an evangelical Christian singer who had built an upstart campaign in part on his opposition to same-sex marriage.

"Costa Rica Election Hands Presidency to Governing Party Stalwart" is from the April 02, 2018 World section of The New York Times. It was written by Kirk Semple and narrated by Keith Sellon-Wright.