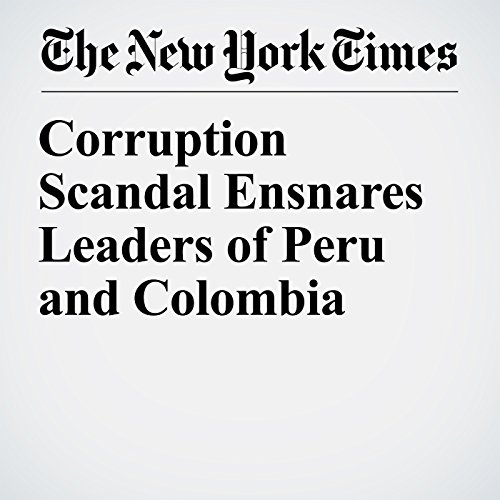 A corruption scandal in Latin America wound its way through the political establishments of two countries on Tuesday as Peru’s attorney general issued an arrest warrant for a former president and Colombian prosecutors said their president’s campaign might have received questionable donations.

"Corruption Scandal Ensnares Leaders of Peru and Colombia" is from the February 07, 2017 World section of The New York Times. It was written by Andrea Zarate and narrated by Keith Sellon-Wright.