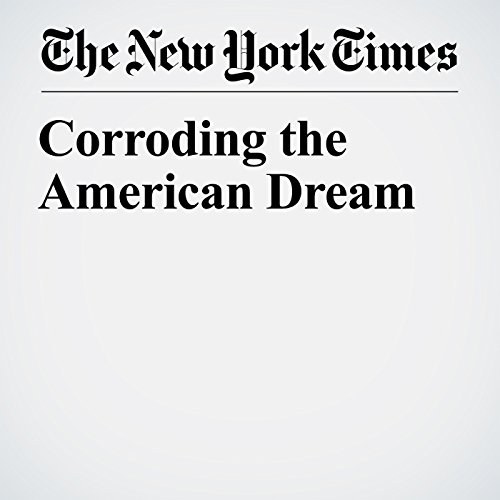 Eighteen months ago, as a pediatrician here, I discovered that the untreated tap water corroding the city’s plumbing was poisoning our children with lead. State officials called my science faulty and accused me of creating hysteria. But I was right and persisted, and with brave parents, pastors, journalists and scientists demanded answers until this continuing public health disaster was finally acknowledged. An entire city, with about 10,000 young children, was unnecessarily exposed to lead, a neurotoxin that causes irreversible brain damage. The corrosive water also likely caused the deaths of a dozen people from Legionnaires’ disease. Flint remains traumatized.

"Corroding the American Dream" is from the February 11, 2017 Opinion section of The New York Times. It was written by Mona Hanna Attisha and narrated by Keith Sellon-Wright.