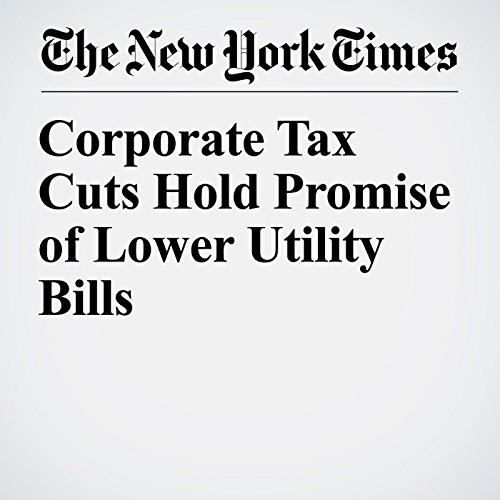 The newly passed tax law could save Americans billions of dollars on their utility bills. In recent days, electric companies in Massachusetts, Illinois, Oregon and other states have announced plans to pass their tax cuts on to customers through lower rates.

"Corporate Tax Cuts Hold Promise of Lower Utility Bills" is from the January 09, 2018 Business section of The New York Times. It was written by Ben Casselman, Jim Tankersley, and Brad Plumer and narrated by Kristi Burns.