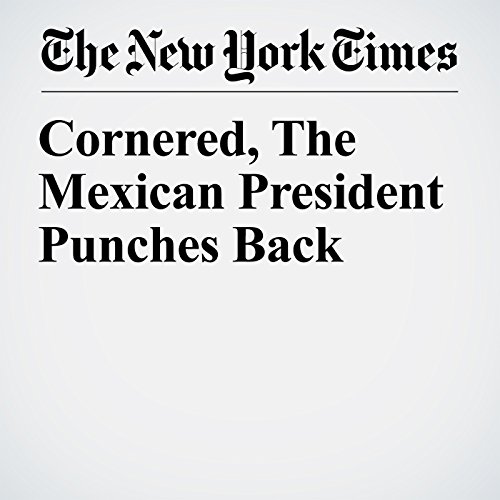 Hunkered down in the presidential palace, Enrique Peña Nieto, the unpopular leader of Mexico, was besieged on both sides.

The new American president, Donald Trump, had just ordered the construction of a border wall between the two countries, and the public outcry in Mexico was deafening.

"Cornered, the Mexican President Punches Back" is from the January 26, 2017 World section of The New York Times. It was written by Azam Ahmed and narrated by Caroline Miller.