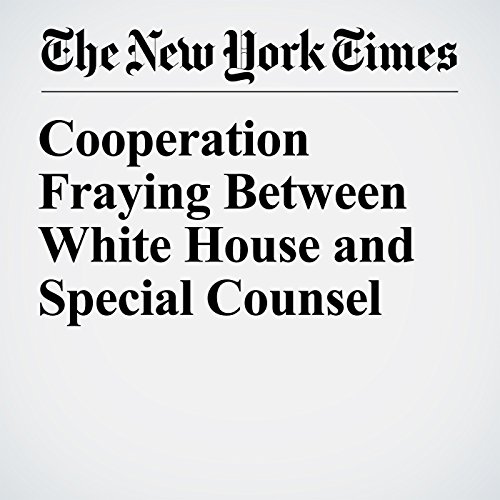 For much of the seven months since Robert S. Mueller III was appointed special counsel, President Donald Trump’s lawyers have stressed their cooperation with him, believing that the more they work with his investigation, the sooner the president will have his name cleared.

"Cooperation Fraying Between White House and Special Counsel" is from the December 17, 2017 Politics section of The New York Times. It was written by Michael S. Schmidt and narrated by Keith Sellon-Wright.