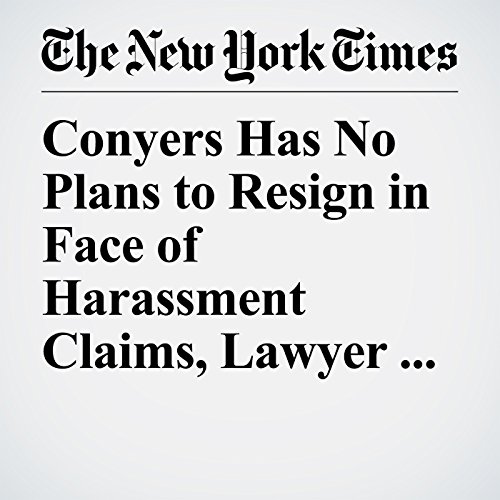 Rep. John Conyers Jr., the House’s longest-serving lawmaker, does not plan to resign over accusations of sexual harassment despite facing a House Ethics Committee investigation, his lawyer said Wednesday.

"Conyers Has No Plans to Resign in Face of Harassment Claims, Lawyer Says" is from the November 22, 2017 U.S. section of The New York Times. It was written by Yamiche Alcindor and narrated by Keith Sellon-Wright.