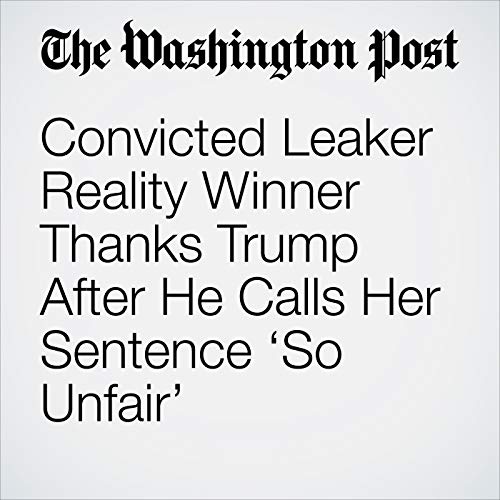 Reality Winner, a former National Security Agency contractor who was jailed for leaking a classified document about Russian interference in the 2016 elections, thanked President Trump on Thursday for calling her punishment “so unfair.”

"Convicted Leaker Reality Winner Thanks Trump After He Calls Her Sentence ‘So Unfair’" is from the August 30, 2018 National section of The Washington Post. It was written by Amy B Wang and narrated by Sam Scholl.