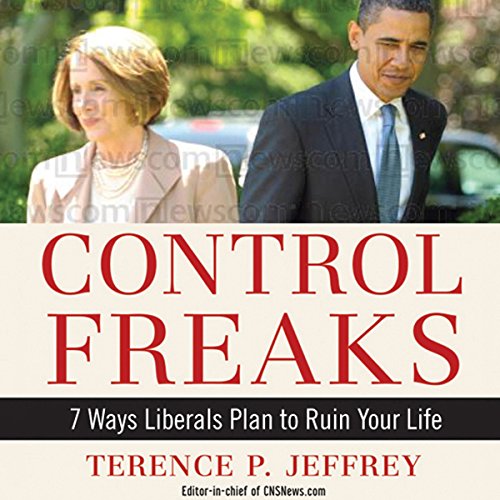 In 2008, Democrats won a sweeping victory, seizing the White House and the majority in both houses of Congress. We knew this meant liberals would be in charge of the federal government—but what many Americans didn’t anticipate was that they would use this supposed “mandate” as an excuse to try and run every single part of our lives. From curbing our speech under the guise of “hate-crime legislation”, to limiting our movement through “green” initiatives, to controlling our end-of-life decisions through “healthcare reform”, liberals have embarked on a breath-taking campaign to strip us of our God-given constitutional rights and reshape America.

In Control Freaks, Terry Jeffrey, editor-in-chief of Cybercast News Service (CNS) and well-known political commentator, exposes this shocking power grab—and shows us how to fight back.

Would you listen to Control Freaks again? Why?

Yes. Great information. Gives you plenty to go research for yourself.

What aspect of John Pruden’s performance would you have changed?

I like to read a book, and often stop to do some of my own research, and this book gave me plenty to look into.