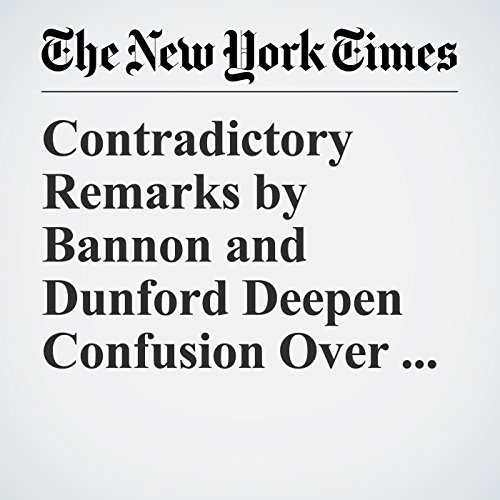 "Contradictory Remarks by Bannon and Dunford Deepen Confusion Over U.S. Strategy for North Korea" is from the August 17, 2017 World section of The New York Times. It was written by Jane Perlez and Choe Sang Hun and narrated by Kristi Burns.