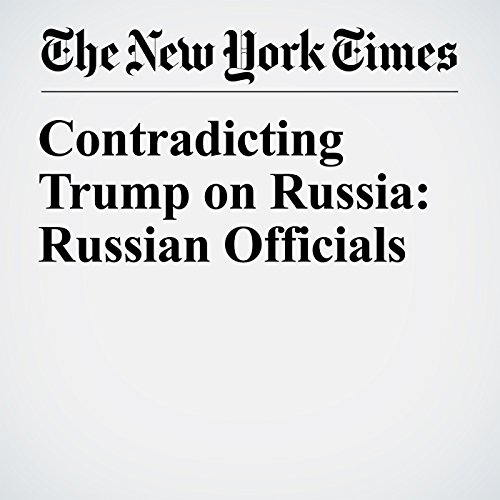 For months, President Donald Trump and his aides have insisted that they had no contact with Russian officials during the presidential campaign, a denial Trump repeated last week.

"Contradicting Trump on Russia: Russian Officials" is from the February 20, 2017 World section of The New York Times. It was written by Matthew Rosenberg and narrated by Caroline Miller.