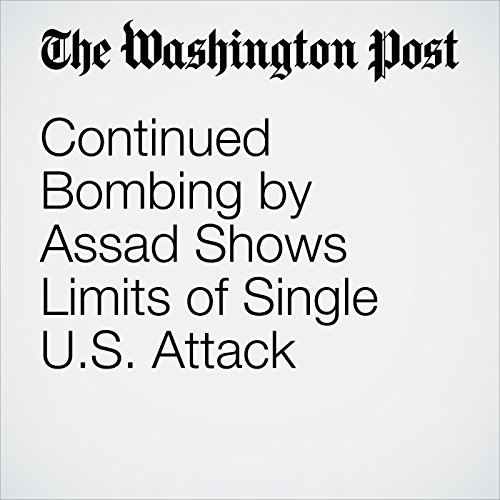 President Trump on Saturday praised the U.S. military for carrying out the missile attack on a Syrian airfield and struck back at mounting questions over whether it would help achieve a momentum shift in Syria’s bloody civil war.

"Continued Bombing by Assad Shows Limits of Single U.S. Attack" is from the April 08, 2017 Politics section of The Washington Post. It was written by David Nakamura  and narrated by Jenny Hoops.