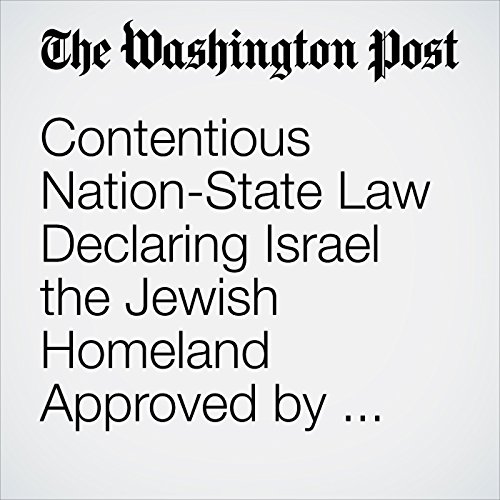 Nationalistic legislation declaring Israel a national homeland for the Jewish people and prioritizing Jewish-only communities was voted into law Thursday, one of a series of controversial bills approved this week by Israeli lawmakers that have alarmed opposition leaders and been described by critics as anti-democratic or even draconian.

"Contentious Nation-State Law Declaring Israel the Jewish Homeland Approved by Lawmakers" is from the July 19, 2018 World section of The Washington Post. It was written by Ruth Eglash and narrated by Sam Scholl.