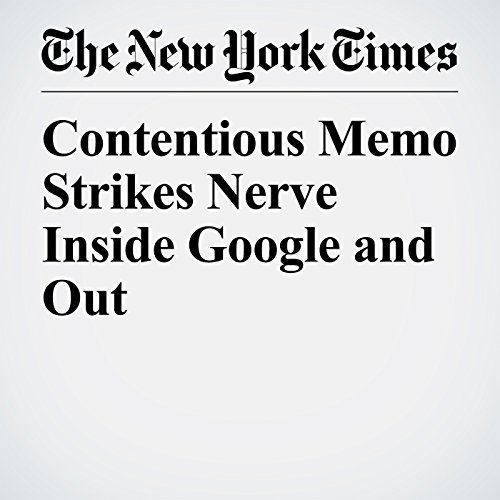 After leaving Harvard’s doctorate program in systems biology to join Google as a software engineer in 2013, James Damore joked on his Facebook page that he knew he had made the right move as he enjoyed a morning smoothie with oats. It was the type of workplace perk that is standard for Google employees.

"Contentious Memo Strikes Nerve Inside Google and Out" is from the August 08, 2017 Business section of The New York Times. It was written by Daisuke Wakabayashi and narrated by Keith Sellon-Wright.