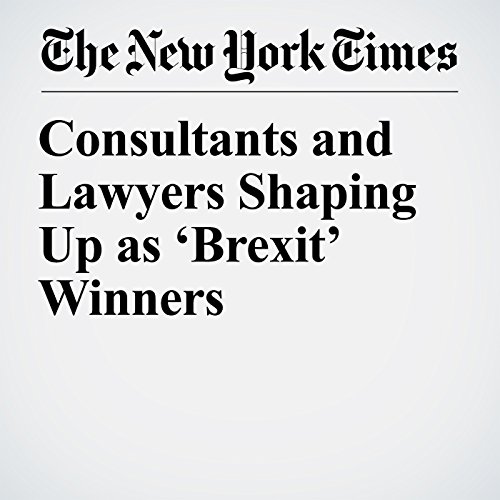 While Brexit may have sent the pound sterling into free fall and spread tremors through the business world, there have been some winners — most conspicuous among them the big consulting agencies, such as KPMG and PricewaterhouseCoopers. And lawyers, trade experts, lobbyists and public relations firms are all lining up to coach businesses and the British government throughout what promises to be a complex, multiyear negotiation whose outcome remains uncertain.

"Consultants and Lawyers Shaping Up as ‘Brexit’ Winners" is from the February 22, 2017 World section of The New York Times. It was written by Stephen Castle and narrated by Kristi Burns.