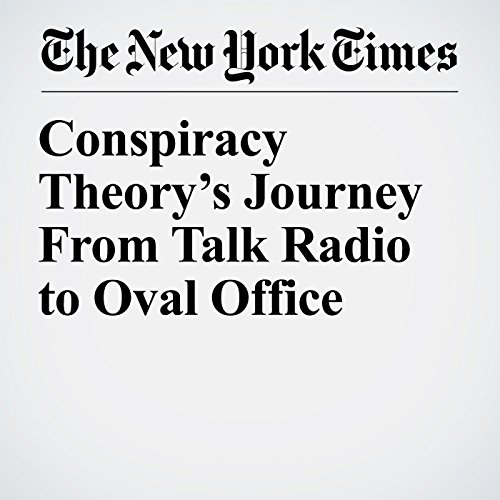 It began at 6 p.m. Thursday as a conspiratorial rant on conservative talk radio: President Barack Obama had used the “instrumentalities of the federal government” to wiretap the Republican seeking to succeed him. This “is the big scandal,” Mark Levin, the host, told his listeners.

"Conspiracy Theory’s Journey From Talk Radio to Oval Office" is from the March 05, 2017 World section of The New York Times. It was written by Peter Baker and Maggie Haberman and narrated by Kristi Burns.