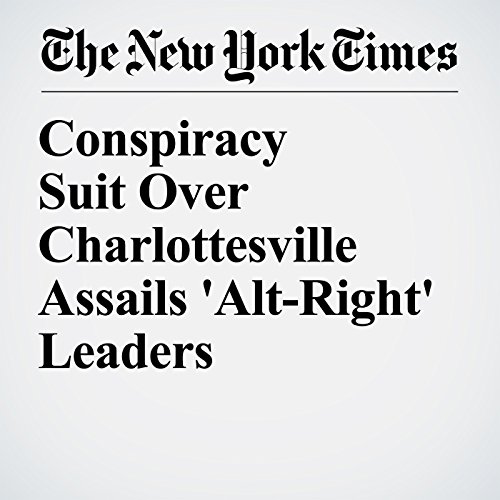 In the hours after last summer’s white power rally in Charlottesville, Virginia, erupted into violence, the planners of the protest mounted a defense: While much of the country may have found their racist chants and Nazi iconography deplorable, they claimed that they had a First Amendment right to self-expression, and that none of the bloodshed was actually their fault.

"Conspiracy Suit Over Charlottesville Assails 'Alt-Right' Leaders" is from the February 11, 2018 U.S. section of The New York Times. It was written by Alan Feuer and narrated by Keith Sellon-Wright.