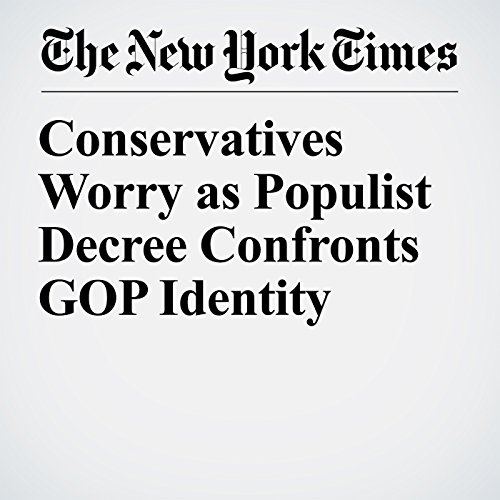 One topic has dominated conversations among elected Republicans since President Donald Trump’s stunning victory: Will he actually pursue his campaign agenda of big-government nationalism, all but obliterating the liberal-conservative distinctions that have defined the United States’ political parties for a century?

"Conservatives Worry as Populist Decree Confronts GOP Identity" is from the January 21, 2017 U.S. section of The New York Times. It was written by Jonathan Martin and narrated by Barbara Benjamin-Creel.