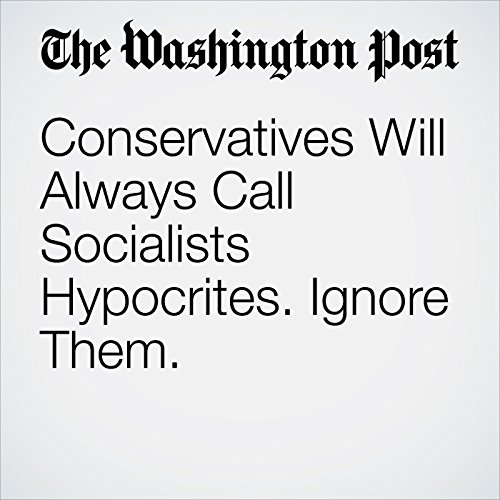 Shortly after Alexandria Ocasio-Cortez, a 28-year-old democratic socialist, pulled off a surprise left-flank victory over incumbent Rep. Joseph Crowley in a New York congressional primary last week, pictures of her childhood home began appearing on social media. The grainy image of the small blue cottage was evidently swiped from Google Street View and uploaded to Twitter by conservative television host John Cardillo. The tidy little home, Cardillo tweeted, was in fact “the Yorktown Heights (very nice area) home @Ocasio2018 grew up in before going off to Ivy League Brown University,” he clarified: “A far cry from the Bronx hood upbringing she’s selling.” Got her, in other words: a champagne socialist, after all.

"Conservatives Will Always Call Socialists Hypocrites. Ignore Them." is from the July 04, 2018 Opinion section of The Washington Post. It was written by Elizabeth Bruenig and narrated by Sam Scholl.