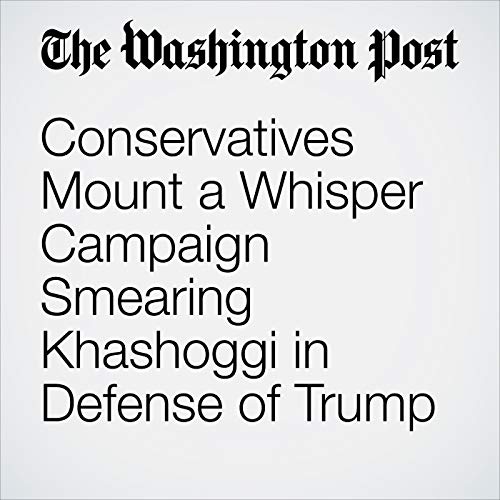 Hard-line Republicans and conservative commentators are mounting a whispering campaign against Jamal Khashoggi that is designed to protect President Trump from criticism of his handling of the dissident journalist’s alleged murder by operatives of Saudi Arabia — and support Trump’s continued aversion to a forceful response to the oil-rich desert kingdom.

"Conservatives Mount a Whisper Campaign Smearing Khashoggi in Defense of Trump" is from the October 19, 2018 Politics section of The Washington Post. It was written by Robert Costa and Karoun Demirjian and narrated by Jenny Hoops.