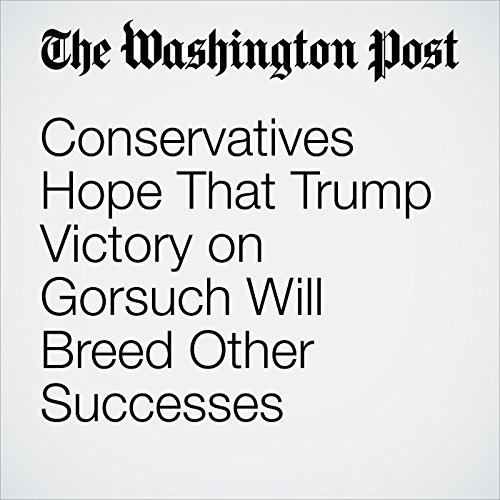 Supreme Court Justice Neil M. Gorsuch will return to the White House on Monday for a swearing-in ceremony in the Rose Garden that President Trump and his allies hope will resonate well beyond the judge’s ugly confirmation battle.

"Conservatives Hope That Trump Victory on Gorsuch Will Breed Other Successes" is from the April 09, 2017 Politics section of The Washington Post. It was written by John Wagner, Sean Sullivan and Ed O'Keefe and narrated by Jenny Hoops.